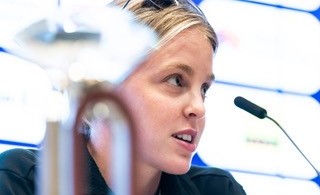 Hodkinson, with 1:55.88 as a personal best from the Olympic final, has several strong British runners with her; Jemma Reekie with 1:56.90 from the Olympics where she was number four, and Laura Muir who enjoy most middle and long distances. She ran 1:56.73 for the two laps last year but is probably better remembered for the silver medal in the 1500 meters with an incredible race at 3:54.50.

But the focus will in all probability be on Hodgkinson, who had to withdraw from this winter's World Indoor Championships in the twelfth hour due to an injury. But she is the reigning European champion indoors and has a European U18 title on her merit list as well.

Jamaica's Natoya Goule, who was number four on last year's World list, must also be mentioned, so the Norwegian record holder Hedda Hynne will have all possibilities to improve her national record of 1: 58.10 on home soil if the form is there.