Can Coleman attack the track record at Bislett? 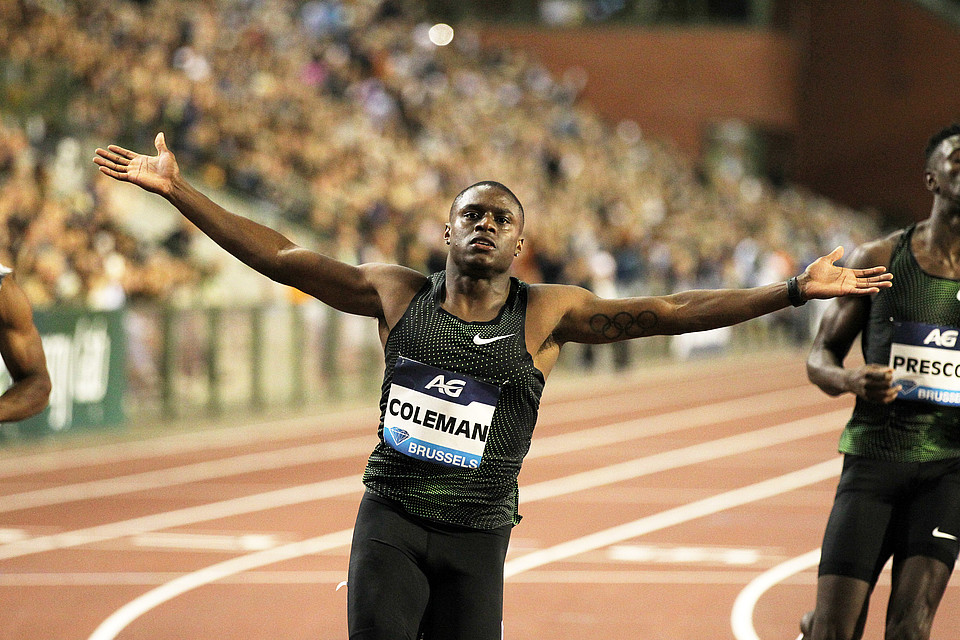 The track record for 100 meters at Bislett Stadium is 9.79 by Usain Bolt from 2012. A time equal to Chris Colemans personal best. The question is if the fastest man in the world ever can threat this at Oslo Bislett Games.

This year meeting will give Norwegian fans an opportunity to witness the fastest man in the world as Coleman contests the Diamond League 100 meters in the famous stadium known as the "World Record Track".

USA's Coleman is the fastest starter yet seen in world sprinting. He is the World Indoor Champion over 60 meters and also holds the World Record for that distance, a meteoric 6.34 seconds.

Anyone who witnessed his blistering start at last year's Diamond League final in Brussels can only be impressed by his reaction time and acceleration in the initial phase of his race. He certainly puts his competitors under pressure from the first step he takes.

We first saw this at the London World Championships, where Coleman's cannonball- like momentum from the starting blocks was more than impressive. In what was his first ever international senior meeting Coleman took the silver medal and in doing so Coleman has a perfect win-loss record against the greatest sprinter of all time; Usain Bolt.

They raced only once and Coleman beat the Jamaican. Not many sprinters in the last decade can boast that.

23-year-old Coleman, who developed his talent under coach Tim Hall at the University of Tennessee, has a told a personal best of 9.79 seconds for the 100 meters, but also has the strength to run sub 20 seconds for the 200 meters.

Among his competitors at Bislett will be the equally fast starting Chinese record-holder Bingtian Su, the veteran US speedster Mike Rodgers and the British duo of Reece Prescod and Chijindu Ujah - both sub 10 second-performers as well as have claimed victories in Diamond League 100 meters races. And the latest addition to the start list is the 19-year-old Italian wonderkid Filippo Tortu who ran 9.99 last year.

One thing is for sure, listen for the audible gasp when the knowledgeable Bislett crowd witness "Cannonball' Coleman's burst from the start line and his power down the track.