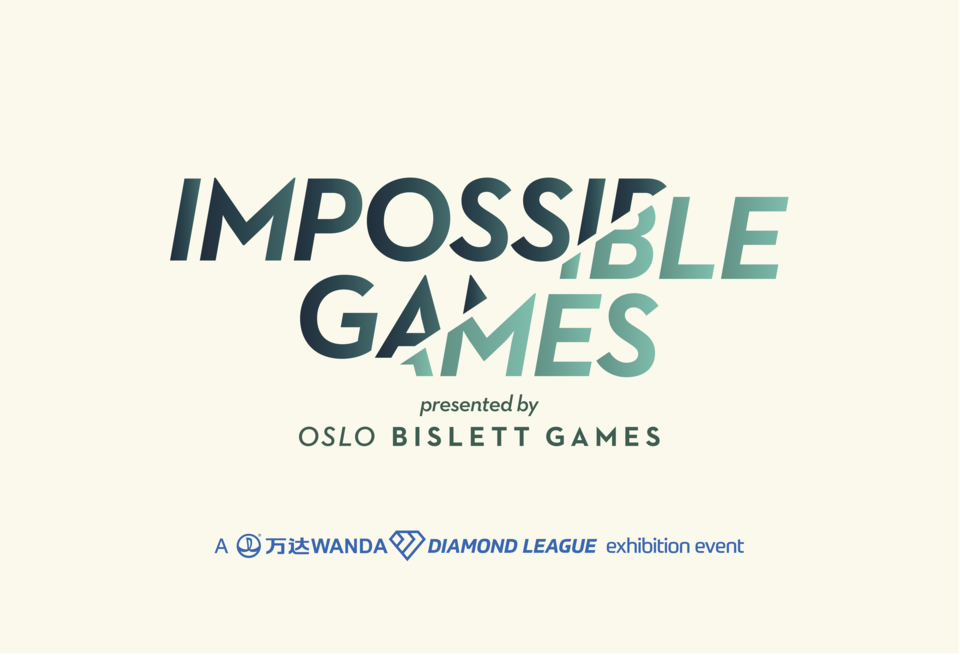 The Corona pandemic stops the Wanda Diamond League at Bislett in its traditional form, but not meet director Steinar Hoen. The Bislett Alliance are now launching Impossible Games - a Wanda Diamond League Exhibition Event - at Bislett on June 11, with Norwegian and international participation. Everything within the Norwegian Corona Regulations. And with an hour of direct TV broadcast on NRK.

- You have two options. You can resign or look at the possibilities, says Hoen - who has flipped around and can now present a unique creative concept on the same day that the traditional meeting was to be staged. The Wanda Diamond League at Bislett in traditional form must wait until 2021.

- The athletes are hungry for competitions. And we want to give them a high-class event. We have had a very positive dialogue with both the municipality of Oslo and the infection prevention superior in Oslo and have confirmed a concept that is well within the government's infection control requirements, he says.

- In addition, the athletes we have been in contact with loves the concept, and I am so grateful for the support they have shown us. They are the reason this is possible. Unfortunately, the rules on infection control make it impossible for us to have an audience in the stadium. Together with NRK we will do our best to make a meeting for the athletes and a great TV show for the fans, Hoen says.

World Athletics President and Chair of the Diamond League Board, Sebastian Coe says:- This is really positive news for athletes and fans and promises, even in this early stage, to be another great night of athletics from the Bislett stadium. Congratulations to the Oslo Bislett Games for dreaming this up and following it through, working within the pandemic guidelines set out in Norway. We are delighted to support the event by releasing the funds World Athletics makes to each Diamond League event but with one caveat, which is that the entire amount we are contributing goes to prize money for the athletes competing. The amount World Athletics contributes are 50 000 dollars.

- And from the Norwegian Athletics Association we got money to finance some of the technical devices we need to implement the concept. And I am so thankful for the support and trust our sponsors have shown us in this difficult time, Hoen says.

- Currently not everything is sorted out, and it is far from inconceivable that changes could occur until the date of the meeting, but this is what we know today:

- We are also in a positive dialogue with Team Ingebrigtsen, but events have yet to be decided, says Hoen.

- Another one that has missed a lot this year is Ulrikke Brandstorp. She was supposed to represent Norway in the Eurovision Song Contest, which was canceled due to the corona pandemic. Now she starts the meeting by singing the Norwegian national anthem and ends with her new single that's going to be released the day after the meeting, he says.

The last three years the Bislett Alliance has worked hard to reduce its CO2-emissions and we have become the spearhead in sustainability and sport. As a consequence of the Covid 19 the IMPOSSIBLE GAMES will have no athletes flying in to Oslo and we will use electric cars to transport the foreign athletes from the Swedish border to Bislett Stadium and back.As a consequence, this will be the lowest ever carbon footprint for an international athletics meeting, and as close as you can get to a ZERO EMISSION EVENT.

We will be back on our social media platforms and via mail when it comes to ticket reimbursement issues.