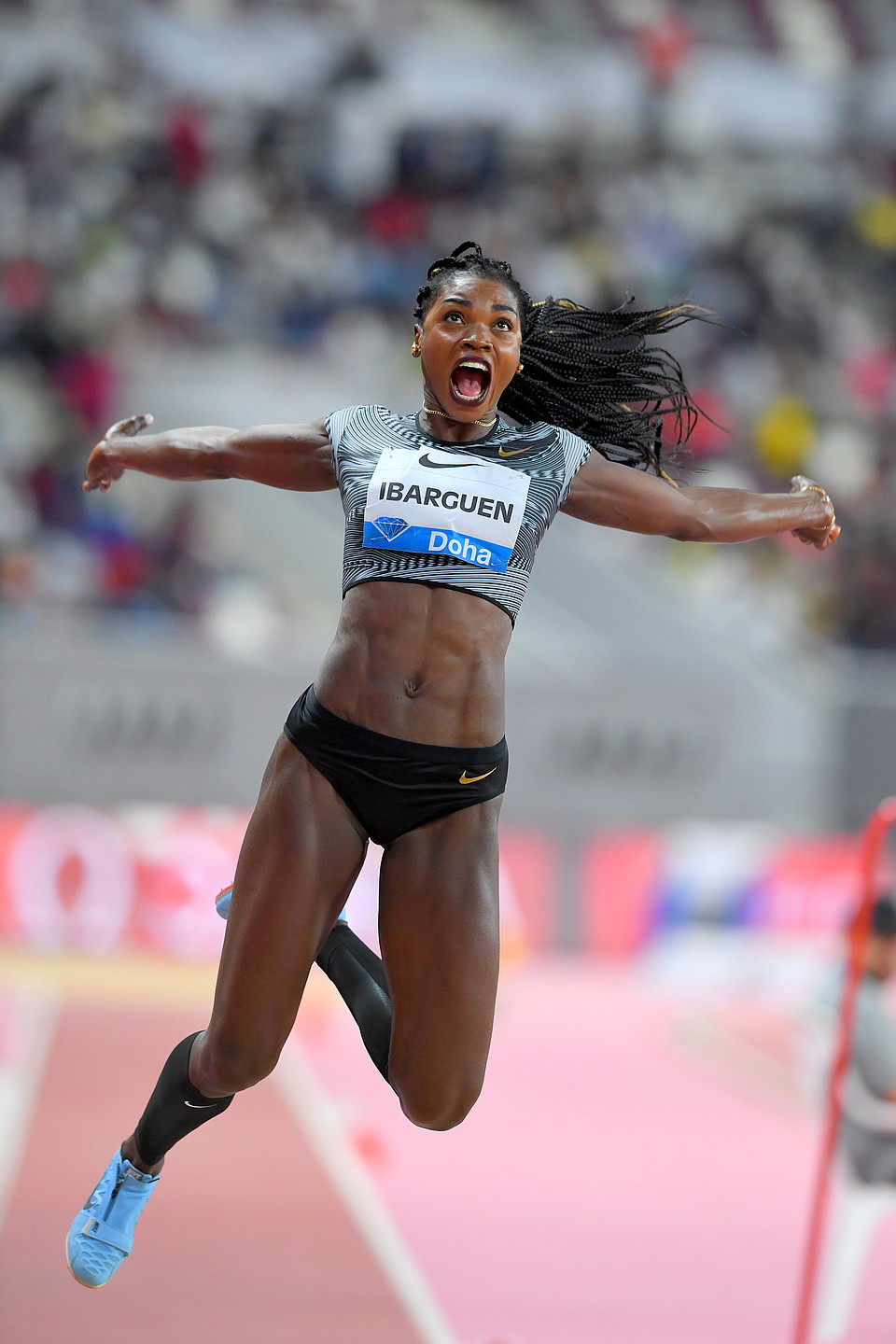 Catherine Ibarguen is not only one of the truly great horizontal jumpers of her generation, but the Columbian is one of the best ever in her disciplines; placed fifth on the all-time triple jump list with a personal best of 15.31.

A dominant force in triple jump for the best part of a decade the 35-year-old is the IAAF ranking leader in this discipline, as well as number eight in the overall rankings. She has recently turned some of her attention to the long Jump as well; ranked as number five in the world.

At the Oslo Bislett Games she will be focusing on her major event, the triple jump – an event she has won three times at Bislett already; in 2013, 2015 and 2018.
The results in 2018 were simply outstanding, culminating in victories in both disciplines at the Diamond League and the IAAF’s Continental Cup, and her list of honour includes a gold (2016) and silver (2012) medal from the Olympics as well as two gold (2013 and 2015), a silver (2017) and a bronze (2011) medal from the World Championships.
Those medals plus handfuls in CAC Games and Pan Am Games rank the former heptathlete as certainly the finest female athlete to come from South America and must seriously challenge Brazil’s Adhemar Ferreira Da Silva as the greatest ever from that region.

The Columbian will face a determined challenge from the two Jamaicans, Kimberly Williams and Shanieka Ricketts who have continued to progress dramatically, from athletes competing in Ibarguen’s shadow to legitimate competitors who are now threatening the 15-meter mark. Also competing will be Greece’s European Champion Paraskevi Papachristou and Ukraine’s former World and European Champion Olga Saladukha.

Ibarguen has taken up where she left off last season, already winning the long jump at the Shanghai Diamond League meeting, but this will be her seasonal debut at her more fancied vocation and beyond 15 metres is not out of the question.

A top-class field, a brand-new runway and breathtaking performances, again a hallmark of Bislett Stadium.