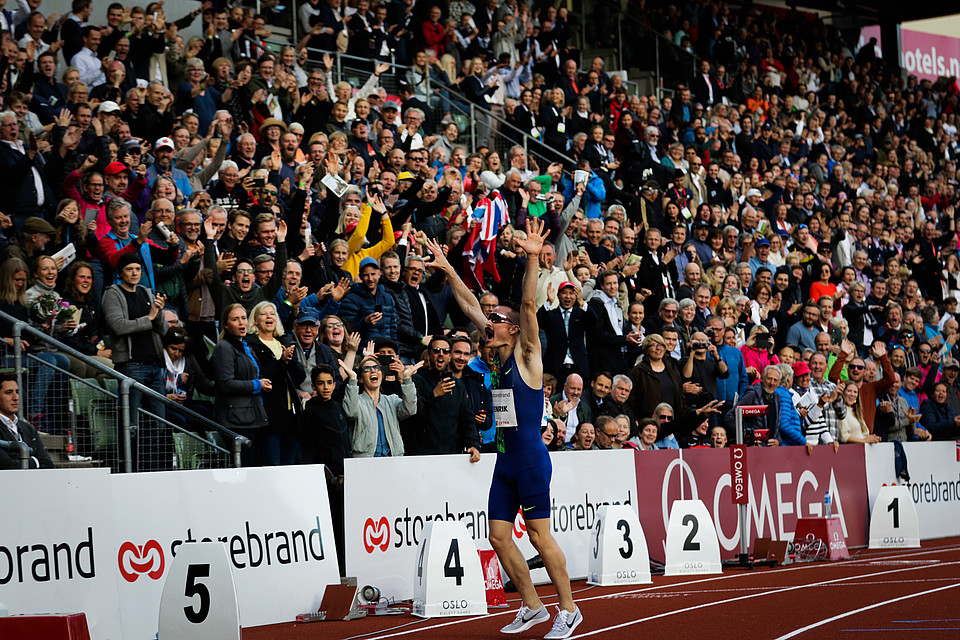 - Next year's Oslo Bislett Games will be packed with highlights, according to Meeting Director Steinar Hoen, after the Diamond Assembly allocated the events for the 2020 season.

- “There is something for everyone and with a strong Norwegian focus.

We have the men’s 400 meters hurdles Norway’s World & European Champion Karsten Warholm, already confirmed, whilst in the women’s 400m hurdles , the Norwegian record-holder Amalie Iuel will be a definite starter. The 1500 meters ( or Oslo’s traditional Dream Mile) and 3000 meters are events for the Ingebrigtsen brothers. Adding to the excitement, Hedda Hynne will tackle the 800m & Isabell Pedersen will feature in the 100m hurdles. Karoline Bjerkeli Grøvdal will tackle either the 3000m or 5000m” said Hoen

He also added, “I believe that all the Norwegian aces will be ready for a new extravaganza at Bislett, in just over six months from now”.

- “In addition, Oslo Bislett Games will stage some other classic events like the men’s Javelin and adjacent to the marathon gate, we will be staging the traditional men’s high jump with the very best in the world on display”. The 3000meter steeplechase for women is one of the truly strong global event & it’s popularity at Bislett demands that it return to our schedule in 2020.”

- As a closing remark Steinar Hoen added,  “I am very pleased with the events we have secured, and I think it will be an incredible Bislett evening on  June 11 next year” - and I must say this “ say just run out and buy tickets” !.

Events with * is not Diamond League events. National events staged from 18.00-20.00 will be presented later.