All focus is on lane seven 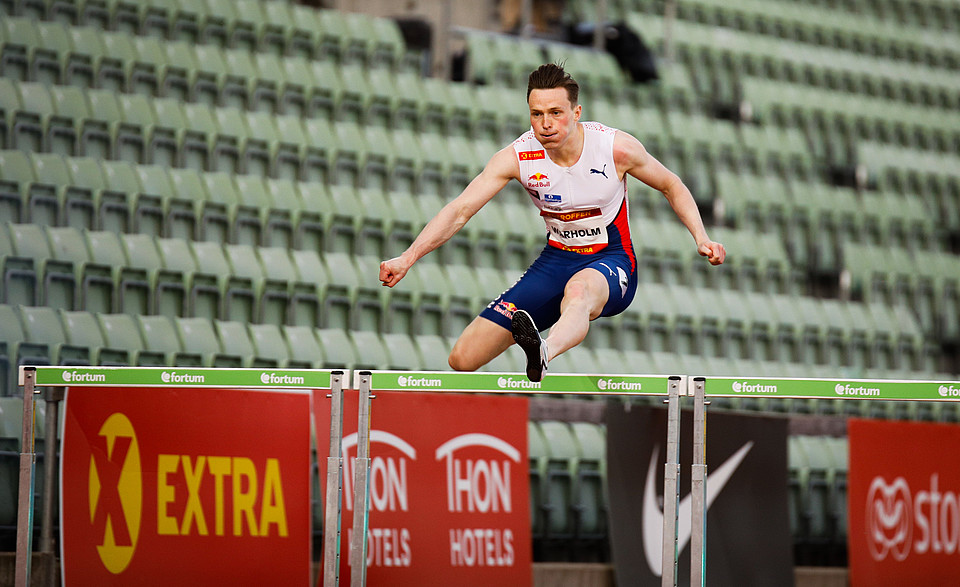 Rarely has there been greater excitement associated with a full season debut than with Karsten Warholm's lap over ten hurdles in this year's Oslo Bislett Games. Had sports been pure mathematics, we could almost conclude that it will be a World Record.

For what the boy from Dimna showed in his season debut at the 300-meter hurdles during the Night of Highlights at Bislett on June 4, where he lowered his own world best performance from 33.78 to 33.26, was pure sheer class.

When you can make an improvement of 52 hundredths a second, it clearly opens up that there can be room for improvement even with ten hurdles and 100 meters more running.

And it is in this context that it is appropriate to recall Warholm's European record of 46.87 and Kevin Young's world record from Barcelona in 1992 of 46.78. Warholm, with four of the ten best races in the distance, can become historic tonight as he hopes to be in Tokyo later this summer when the World Champion chases a new and different global trophy.

Although all focus is on Warholm in lane seven, you should also follow the relatively new Brazilian Alison dos Santos, who has run down to 47.57 this year and four Europeans in the form of Thomas Barr from Ireland, Rasmus Mägi from Estonia, Constantin Preis from Germany and Yasmani Copello from Turkey who all has opened the season in the 48's.

But it will be a long way to the man in lane seven.