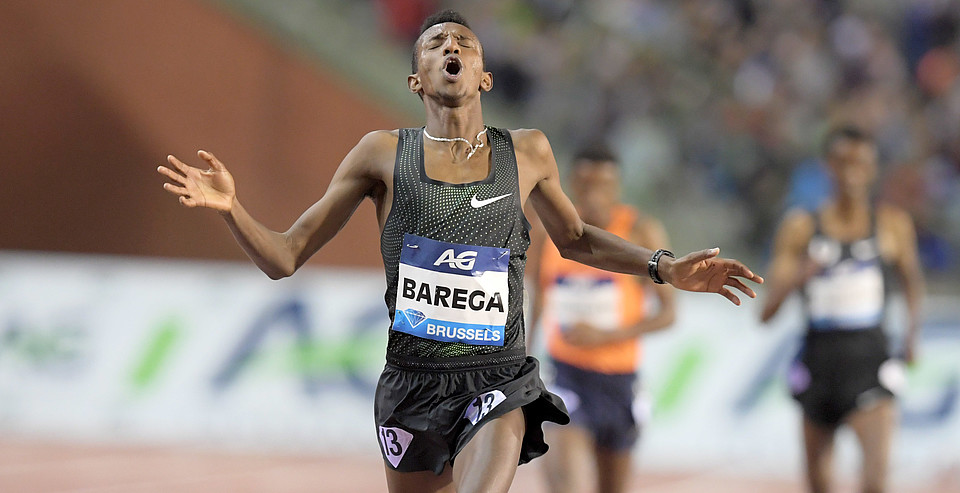 The 3000-meter Diamond League race at Oslo Bislett Games is shaping as the most intriguing race on the program. So many quality performers, yet so many possible outcomes, this is truly competition at its best.

The reigning World Champion at 5000 meters, Muktar Edris from Ethiopia, who makes his return to competition after injury has had some very impressive workouts in training which prompted him to race at Bislett. Edris's personal best at 5000 meters is 12.54.87; however, his best at 3000 meters is only 7.42 and that will certainly get some reevaluation in this race.

Of course, the athlete everyone will be chasing is the world number one, Ethiopia's Selemon Barega, who shocked the global athletic fraternity with his 5000 meters victory at last year's Diamond League final in a time of 12.43.02, the fourth fastest time ever recorded.

He showed in the Rome Diamond League event where he was beaten by a couple of 100ths of a second that he is in great early season form and he is always hard to beat as he is prepared to courageously race from the front.

Another very interesting competitor is the World Cross Country Champion Joshua Cheptegei from Uganda. Although better known for his performances at longer distances; 10000 meters on the track and beyond over cross-country surfaces. He is a sub 13-minute man at 5000 meters, a dual Commonwealth Champion from last season and he is such a strong competitor that he is always feared in the latter stages of any race.

Birhanu Balew from Bahrain is the consummate competitor, twice a Diamond League winner last year (in Shanghai and Lausanne), he has already taken the Asian 5000 meters title this year and achieved a personal best over that distance in Rome last week with 12.56.43. He is always a threat in a race of this nature.

Trail blazing Norwegian Henrik Ingebrigtsen has his eyes firmly set on the Norwegian record at 3000 meters.

He already holds the Norwegian mile record at 3.50.72 and it would no surprise to see him demolish the Marius Bakkens long standing record of 7.40.77.

There are several other young contenders in this race; Kenyan newcomer Nicholas Kimeli whose 5000 meters time of 12.57.90 in Hengelo was a sensational debut at international level, whilst the tall Australian duo of Stewart McSweyn and Matthew Ramsden have strong credibility at both 1500 meters and longer events on track and cross country.

With a strong pace being set and spurred on by the knowledgeable Bislett crowd, this promises to be one of the great battles of the evening